The highlight of the evening will be the introduction of the  2012 Irish   Rose, Pat Hanes from Baraboo and the 2012 Irishman of the   Year,   Charlie Montgomery from Reedsburg. <P>

The culmination of the  celebration will be drawing of the Marguerite Murray Scholarship   Raffle
for the trip to Ireland, a getaway to an Irish Inn, golf package  and other  great prizes.<P>


Irish Entertainment will be provided.<P>


There will be a social gathering beginning at 5:30 p.m. followed by a  full Irish Dinner served at 7 p.m. A chicken strip basket is available for  children 12 and under.<P><P>


Advance reservations are required. Tickets to the banquet are  $25 per  person and $9 for children. Mail reservations with check to:  Gloria  Judge at 2227 Winfield Dr., Reedsburg, WI 53959.<P><P> 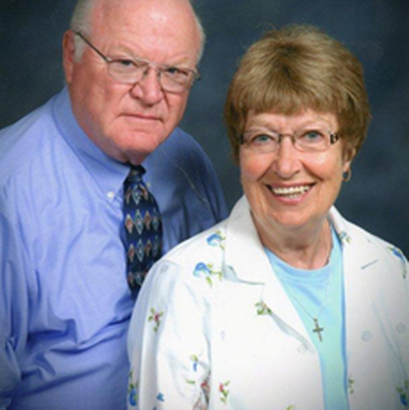 
Our 2012 Irishman of the Year’s ancestors owned over 72,000  acres in  13 counties of Ireland. Charlie is descended from Sir Hugh 1st  Viscount  Montgomery of the Great Ards, who moved to Ireland in 1606,  and  was a founding father of the Ulster-Scots or better known in   America as  Scotch-Irish. Hugh pioneered a massive migration from the  Lowlands of
Scotland to County Antrim and County Down. Over 10,000 made   the  voyage across the Northern Chanel to transform barren Ulster  into an  industrial powerhouse. Charlie’s ancestors from that point  forward were  born in Ireland, up until immigration to the United States in   1718.

<P><P>
Charlie was born and raised in Reedsburg and has lived in  the  Reedsburg area his entire life. The twinkle of Irish eyes led to
our  Honored Irishman becoming 100% Irish in 1949 when he married  June  Howard and became part of the Fitzgerald family. Together they raised  five children, Mike, Sue, Mark, Jeff and Rita. All are proud  graduates of   Wisconsin universities and known to enjoy a green beer or two as  well. <BR>


Charlie graduated in 1944 from Reedsburg High School, and  attended UW-Madison shortcourse in agriculture. He enlisted in the Marines  in  1946 and following a medical discharge, was drafted in the Army  from  1949-1952. He farmed for 11 years before a tractor accident   started  him on an illustrious career with Foremost Farms and AMPI.   During this  time he also served as president of the State Fieldman’s  Association.<P><P>

One of the more enjoyable parts of this career has been his involvement  with Butter Putters of which he served as chairman for 26  years.<P><BR>


Charlie’s civic involvement has been, and continues to be a  lifetime   commitment. He was a member of the Reedsburg City Council for  14   years, nine years as president. During his time on the city  council he was  influential in developing Nishan Park. He is currently the  chairman of the  Reedsburg Police and Fire Commission. Charlie is one of the  cofounders  of the Reedsburg Butter Festival and a co-founder of the  Reedsburg Area Medical Center Golf Outing. He is a past
president of  the Kiwanis Club; past Grand Knight of the Knights of Columbus;   and a  member of the Reedsburg Hospital Foundation Board for nine  years.<P><P>
There isn’t much going on around Reedsburg that Charlie has not   had a  hand in or been involved in creating. In his spare time, he  coached  football and basketball at Sacred Heart grade school, and was a  member of the chain gang at Beaver football games for 22 years. <P><P>
In  2005, Charlie was honored as a Distinguished Alumni of Webb  High  School.<P>


Not only does his family trace its roots back to Ireland, but also the customs, culture and history of Ireland have always been an  important  part of his family’s life. An old Irish work proverb says, “Make hay while the sun shines.” <P>


In Charlie’s world the sun is always shining!</P><BR> 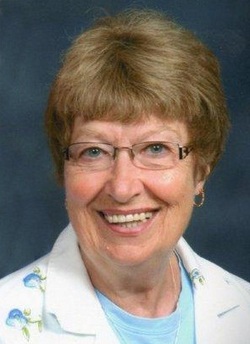 
This year’s nominee for the Irish Rose Award has been an
active  member of the South Central Wisconsin Shamrock Club for 15
years.  She has been a frequent worker at club activities. <P>


Pat Hanes, and her husband Bob, are residents of Baraboo and
members of St. Joseph Catholic Church where she sings in the
choir and  is a member of both the Council of Catholic Women and the
Daughters  of Isabella. Community activities include past membership on the
Board  of Directors of the St. Clare Hospital Auxiliary, long time
member of  PEO and an active golfer at the Baraboo Country Club.<P><P>

A frequent traveler, Pat has been to Ireland and has kissed the Blarney
Stone. It is this act that leads her to believe she has a  legitimate right to
claim Irish heritage.<P><P>


After graduation from the University of Wisconsin, Stevens  Point, with a  Bachelor of Science degree, she attended Graduate School at  the  University of Wisconsin, Madison. She taught in the Amherst,   Melrose  and Antigo school systems. She left teaching to raise three  children,  Lori, Robert and Patty. This family has now grown to include two
sons-in- law, a daughter in-law and six grandchildren.<P><P>