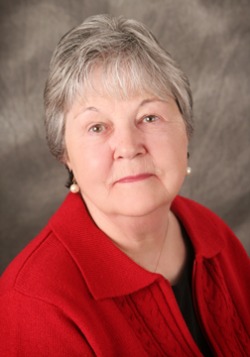 Born in Richland Center, WI the second daughter (there are five girls in the family) of Edward J. and Lorrayne Sheahan. Graduated from Weston High School in Cazenovia and the University of Wisconsin-Platteville. Taught primary grades in Burlington, WI and Reedsburg, WI. Married Martin (Mick) Krohn in August of 1967 at St.Anthony's in Germantown.

Luanne's father, Edward, was the son of Tim and Mamie Sheahan and the grandson of Maurice and Ellen Sheahan. Maurice immigrated to Richland County, WI from County Cork, Ireland and was known locally as the jig dancer of the county. He was trained as a cooper in Ireland. He and Ellen farmed in Westfield Township and had a large family of ten children. It was difficult to even find the family on the county records because when the census was taken in the county, Maurice's Irish brogue was so thick that when the census taker wrote down the information, Maurice and Ellen were recorded as 'Moses and Olive'! Her Grandpa Tim was one of a set of twin boys. His father died young (at 45) of blood poisoning.

After marriage, Luanne took a ten year leave of absence from the teaching profession to raise their three children: Theresa, Nancy and Tim. She and Mick also have a daughter-in-law, Karla, and two grandchildren, Kevin and Rachel. They have lived in Reedsburg for forty three years and have been active members of Sacred Heart Parish during this time. Luanne taught third grade CCD class, is a member of the Council of Catholic Women (where she volunteers at functions including the Christmas Craft Fair),and is a First Friday Eucharistic minister to the home bound. She is a past President of the Friends of the Reedsburg Library, is a poll worker for the election board, Secretary of the South Central Shamrock Club for the past three years, has been a table hostess for ten years at Sacred Heart's annual Spring Fling event,a Red Cross blood donor, a member and active volunteer for the Sauk County Historical Society, past Sacred Heart prayer line volunteer, and has been an annual Relay for Life volunteer.

She retired from Madison Area Technical College three years ago after twenty-five years of teaching and returned part-time this last fall. She loves working with students and has helped many throughout her long career. Many have stayed in contact with her through the years and she has acted as a mentor to numerous new teachers.

She is thrilled to be selected as the 2010 Shamrock Club's Irish Rose!

Richard Patrick Fish, the second of 10 children of Clifton and Catherine (Horkan) Fish, was born on St. Patrick’s Day in 1946 in Reedsburg. Dick’s Irish heritage is from his mother’s side of the family. His Irish great-great grandparents all immigrated to the United States from Ireland between 1810 and 1843. Peter and Bridget (Rowan) Horkan and James and Honora (McNealy) Corrigan and were born in County Mayo and James and Catherine (McHugh) Gallagher and Peter and Mary (Carrigg) Coughlin were born in County Clare.

Through the age of 7 he lived on the Silas Fish homestead farm on WD in the Town of Winfield and attended Pleasant Knoll School, an 8-grade 1-room school. In the spring of 1954, his family moved to a farm in the Town of Freedom south of Rock Springs where he attended Diamond Hill School, another 1-room school, through 7th grade and graduated from 8th grade at Sacred Heart Catholic School in Reedsburg. He claims to have walked miles to those country schools, uphill both ways with only potato skins for shoes. He graduated from Webb High School in 1964, where he was on the football and wrestling teams. During his grade school and high school days, Dick worked a number of jobs including farmhand, milk (cans) truck route, and gas station attendant, while, as he says, doing all the work on the family farm. He always found time to play baseball, croquet, dodge ball, and may other games with his siblings and to teach them the rules (“Dick’s Rules”) and sportsmanship (at least how to lose).

Dick attended Madison Area Technical College after which he began working for the City of Madison Engineering Department. In his 16-years with the City he held a number of positions including draftsman, surveyor, subdivision and development coordinator and supervisor of Engineering Technicians. He obtained his Registered Land Surveyors license in 1978. In 1981 he was recruited by one of his former co-workers at the City to join his startup environmental and engineering firm in Madison, RMT, Inc. In Dick’s 29 years (and counting) with the firm, RMT has grown to a 1000-person firm specializing in environmental, construction, and energy related services.

Dick is a Vice President at RMT and manages multiple key accounts and major projects. He has been recognized for his contributions to RMT including Consulting Excellence Awards, Business Development Excellence Awards, and for his Community Service and by his clients on a number of projects including having his name on bronze plaques on the Workers’ Wall at Miller Park for his contributions to the construction of the new ballpark and the Marquette Interchange Workers Recognition Wall in Milwaukee.

From 1965 through 1971 Dick served in the US Army Reserves. The initial 2 years was with the 322 Chemical Company in Baraboo as a Chemical Decontamination Specialist and the last 4 years with the 84th Division Basic Combat Training Company in Madison, where he was a Drill Sergeant, which enabled him to apply the “bossing” skills he had perfected on his brothers and sisters while growing up on the farm.

Dick refereed high school and college wrestling in Wisconsin for 25 years including officiating the state high school tournament in 1978, 1979, 1981, 1984, and 1985 and working at the scorer’s table many other years. He was a Charter Member and Past President of the South Central Wrestling Officials Association.

Dick married Barbara Williams in 1967 in the old Sacred Heart Catholic Church in Reedsburg. Dick and Barb lived in Madison for 35-years and moved to their new home on Lake Redstone 10 years ago. They are members of Holy Family Catholic Church in La Valle and were formerly members of St. Bernard and St. Dennis parishes when they lived in Madison. Their children, Laurie (Joel) Fish Paar is an elementary teacher in Oak Creek and Lisa (Cory) Buske is a Human Resources Specialist for the Wisconsin Department of Transportation in Madison. Dick loves to spoil his 5 grandchildren, Maddie, Paige, Nolan, Sam, and Owen with rides on the 4-wheeler, shooting the BB gun (nobody has shot their eye out yet), Kiddy Cocktails at 5 (it is always 5-o’clock somewhere), woodworking projects, fishing, and with anything else they want.

Dick is often asked “are you related to Joe Fish”. After a long pause he admits that Joe (Mary) is his brother but quickly adds that Paul and Don (Corinne) are also his brothers and that Sharon (Tom) Resch, Monica (Ted) Atkinson, Zita Harris, and Denise (Mike) Yontz are his sisters. His older brother Jerome died when he was 13 and his youngest sister Fran Kelly died when she was 40.

We were saddened to hear the passing of two of our faithful members who dedicated many hours to the club throughout the years. Ruth Judkins,(1996 Irish Rose), and E. Thomas Powers. 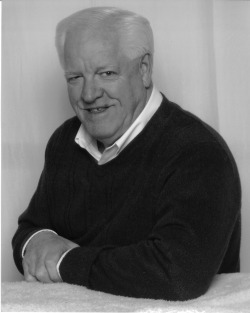 Richard Fish - Irishman of the Year 2010
Recipe For March

1. Place 4 cups of strong fresh coffee in a saucepan with 1/4 cup of sugar, or to taste.

2. Add 1/2 cup Irish Whiskey and heat thoroughly but do not boil. (Scotch, Bourbon or other whiskeys could be used.)
3. Meanwhile whip 1 cup whipping cream until light.

4. Beat in 2 tb each of sugar and Irish whiskey.

5. Pour coffee into mugs or goblets and pipe or spoon flavoured cream on top.